I was initially attracted by the title of this article ‘The Way of Disgrace’ given recent events within the Aikido Yuishinkai community I thought that maybe others had been treated in a similar fashion and through that experience had discovered a new aikido path. Well, yes and no. As it turns out, this article by Guillaume Erard is a fascinating insight into the aikido life of his friend Olivier Gaurin.

‘The way of disgrace’ or ‘the way of unpopularity’ is, as it turns out, ia one of three ways one can learn in Japan. Gaurin has chosen this way as his way to learn aikido. The third way made more sense to me, but it is clear that to improve, training with and experiencing other teachers ideas is the way forward. Something I believe we now have the freedom to do in our new community.

Olivier Gaurin is one of the most well-known French Aikido practitioners. His atypical path and his ease with words have made him one of the prominent voices of our martial art in France. Olivier Gaurin has been living in Japan for many years and he got the chance to practice with some of the greatest masters such as Seigo Yamaguchi and Kisshomaru Ueshiba Sensei. He speaks Japanese fluently and has a deep understanding of the Japanese culture, which he enthusiastically shares with other practitioners through a series of books that he wrote about the practice of Aikido.

Join two of our founders Andrew and Jim for a weekend workshop in Alstonville, NSW and some good country air. 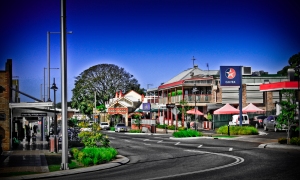